Posted by Alaina Forbes | Other

As I announced yesterday, I am an ambassador of The View now and wanted to let you all know what will be going on this week on the show. The View will host some exciting guests:

•       Tuesday, Mar 2: Robert Pattinson makes his first-ever appearance on the show with his “Remember Me” co-star, Emilie de Ravin. Mitt Romney, the 70th Governor of Massachusetts also makes his first-ever appearance.
•       Wednesday, Mar 3: This show will feature the best of “View Tube,” including backstage antics and celebrity exit interviews. Lisa Kudrow of “Who Do You Think You Are” will be joining the hosts as well.
•       Thursday, Mar 4: Celebrity guest co-host Valerie Bertinelli, former Oscar nominee Abigail Breslin from Broadway’s “The Miracle Worker,” Mia Wasikowska from Disney’s “Alice in Wonderland,” and a musical performance from Broadway’s “Fela” will be featured on this jam-packed episode.
•       Friday, Mar 5: The View’s “Road to the Oscars” episode welcomes former Oscar nominee Don Cheadle and Wesley Snipes and “Fashion Friday” celebrates “The History of Oscar Fashions” with a two-part look back at some of the most memorable – and perhaps forgettable – Oscar hits and misses, with host and celebrity stylist Robert Verdi. Hosts of “At the Movies” Michael Phillips and Tony Scott will also be on set to unveil their 2010 Oscar predictions.

“I am a participant in a Mom Central campaign for ABC Daytime and will receive a tote bag or other The View branded items to facilitate my review.”

Grab Your Free Copy of my Ebook

as a thank you for subscribing to the Telecommuting Moms newsletter.

Success! Now check your email to confirm your subscription and receive your copy of "Top 7 Legitimate Work From Home Jobs" 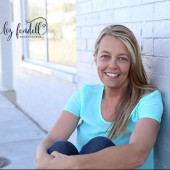 Get our Free Ebook

Success! Now check your email to confirm your subscription and to receive your free download. I look forward to you being a part of the Telecommuting Moms community.

Any cookies that may not be particularly necessary for the website to function and is used specifically to collect user personal data via analytics, ads, other embedded contents are termed as non-necessary cookies. It is mandatory to procure user consent prior to running these cookies on your website.